The K12 Keyer is a wonderful, inexpensive, feature-rich memory keyer that you can currently buy for a mere $17 (shipping included!) There are way too many features to list here, but here are a few highlights: 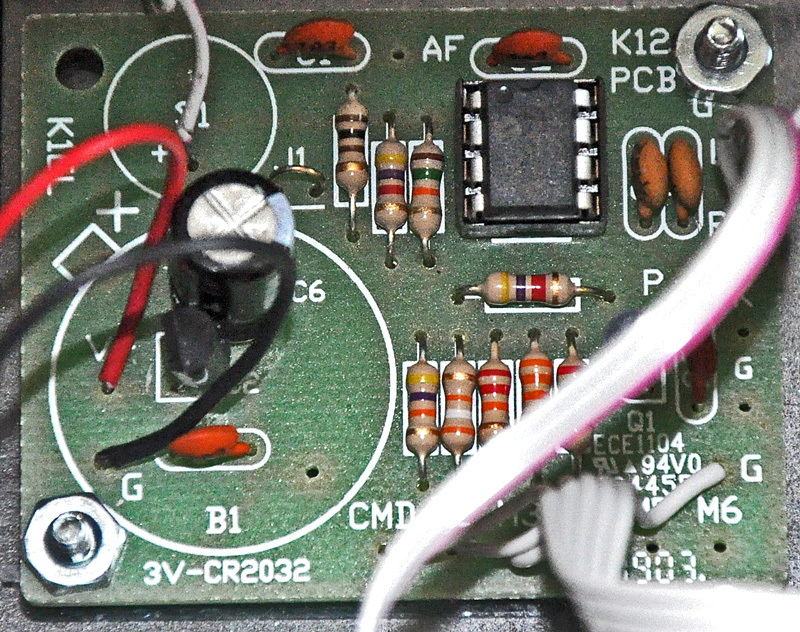 Here is K1EL’s web site where you can find more information:  http://k1el.tripod.com/K12.html

My initial plan was to build this keyer into the SW40+ transceiver, but an eBay find changed all that. I found a reasonably priced Ten Tec Model 607 Keyer Paddle, which is really nothing but a single paddle and a nice empty case. I prefer a single paddle, so this was just right for me. 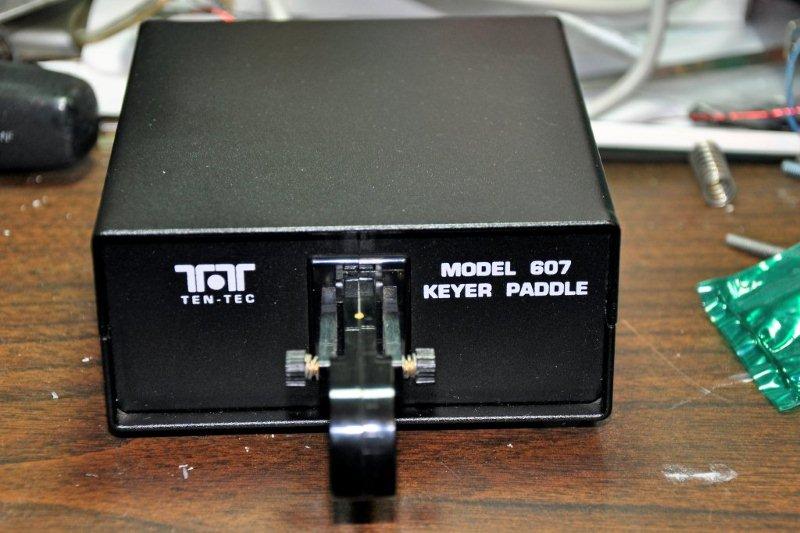 Note the nice empty space inside! 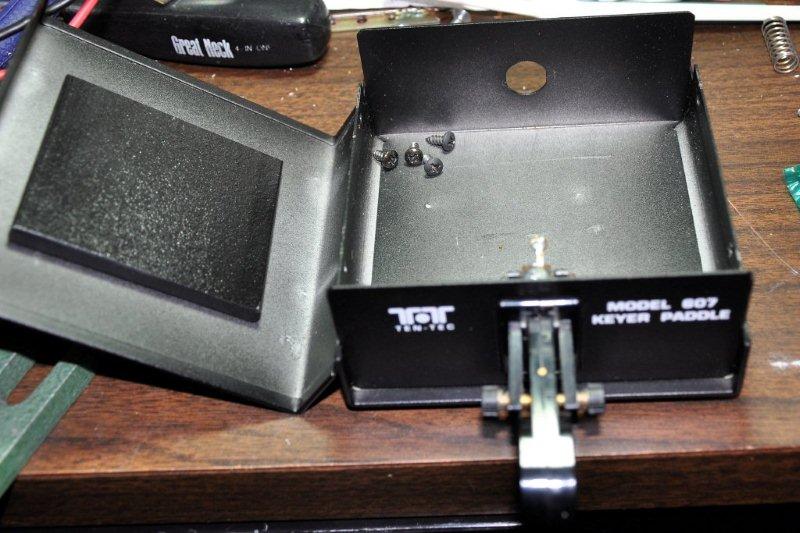 Inside of Ten Tec Model 607

Assembly of the keyer circuit board was quick and simple.   I needed to add some switches for the various memories and one to allow the use of a speed control pot.    I originally planned to use some old Radio Shack switches I had from years ago, but there were two problems:  First, the switches were so stiff that trying to push one would probably scoot the entire keyer all over the operating desk.   And secondly, when I checked them out with an ohm meter, I discovered they were all normally closed switches instead of normally open.  Another trip to eBay and about a week to ten days later, I had a nice package of 15 normally open switches for a total of $3 – all the way from Bangkok.

This photo shows a bank of 5 switches (all I had room for) mounted to a perf board. 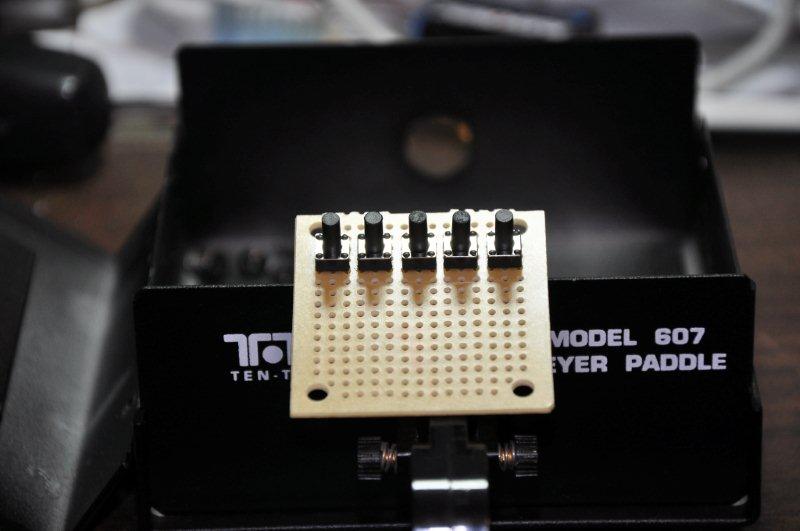 Then it was time to drill the holes in the front of the Ten Tec 607, for the switches and speed pot, and then mount the circuit board inside. The circuit board was mounted to a left over piece of Lexan from the SW40+ project. The speaker and battery have not been mounted yet. 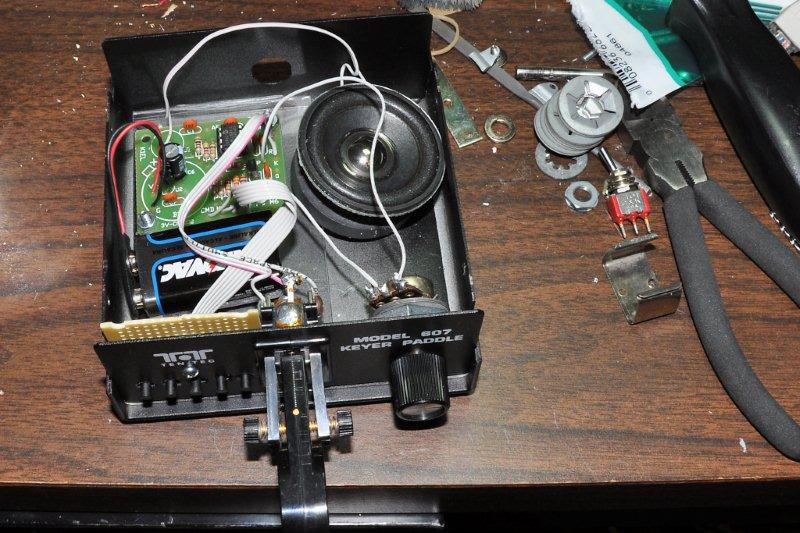 Inside the keyer. The speaker and battery are not mounted yet.

And here is the end result of this little project: 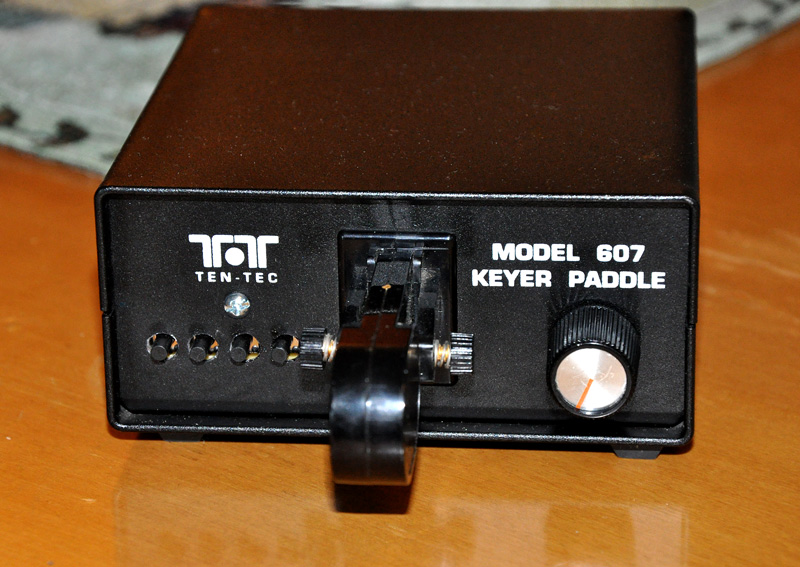