Here is a sad but true lesson learned the hard way: I fiddled around with C7 and C8 and L1 until I got the tuning range exactly where I wanted it. Everything was perfect.
But then as I started working on the power output, the rig started oscillating! Not the transmitter, but the receiver. When I turned it on, it was ok at very low volume, but as soon as I turned it up, it oscillated! So then I listened to the transmitter output again in the TS-440. My nice perfect tone was gone! When I keyed the SW40, it went Woooop Woooop Wip Woooop…. I thought – those new caps I added (NPO) must be pulling the vfo somehow. So I started taking them off and undoing what I had done. It didn’t matter what I did, the SW still oscillated, and the transmitter still sounded terrible. So I took L1 out again, and rewound it as it had been, and put all the capacitors back as they had been, and the thing STILL oscillated on receive and sounded terrible on transmit! So then I started looking at the circuit board under a magnifying glass, looking for anything I might have accidentially bridged while putting parts in and out… nothing! This morning it sounded great – I got the bandspread just where I wanted it – and then all of a sudden it started oscillating and sounded terrible!

Once everything was put back the way it was, a lightbulb finally went off in my head… I have been running this radio on the 12V 7ah battery from the very beginning. This includes all the time in testing and tuning it, as well as tuning around on the bands, calling CQ a few times, and working 2 guys on the air. So I measured my battery voltage… 9.75 volts! The SW is designed to run on 12-15 volts, and I was feeding it with less than 10 volts! So I take the battery off and put it on the charger, then hook up a power supply to the SW, putting out 12.5 volts… Guess what? The receiver oscillation is gone, the transmitter sounds wonderful again, and all is at peace in the world! Now I have to go back and fix my bandspread again, rewind L1 again, etc!

Next the RIT pot was mounted to the front panel, along with the toggle switch to turn it on and off. About all that is left is to hook the speaker up to the earphone jack, and install a power jack on the rear panel. I have decided to build the keyer in its own enclosure, so I can add switches for the memories, and I have given up on the idea of trying to install an internal battery. 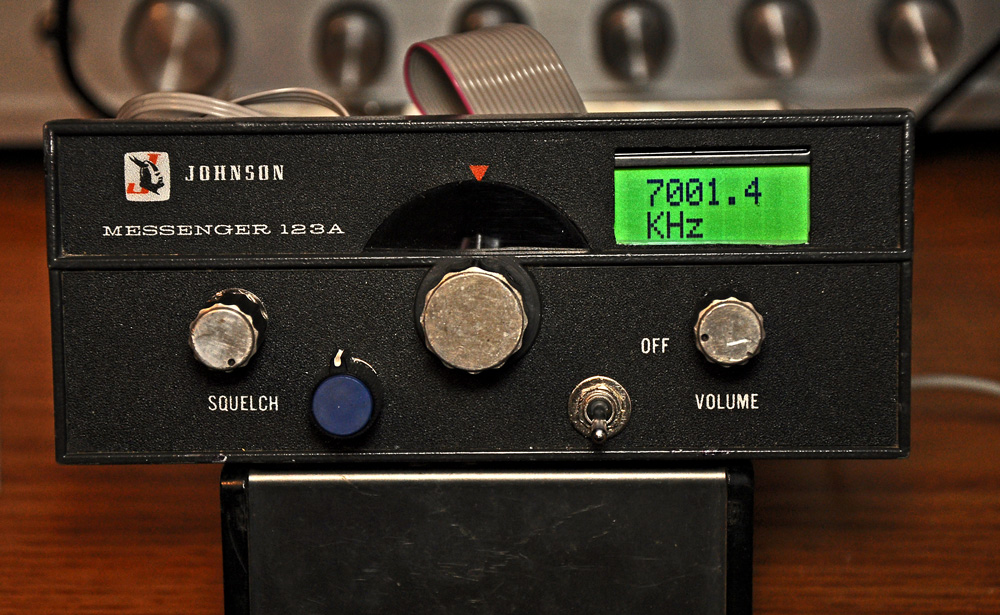 COMPLETED! I finished the SW40+ today – one month to the day of starting this project. The power connector and headphone jack were wired, the Lexan was fastened to the case, and the case was given a bath and a light coat of Armor All.

A video of the SW40 in action can be seen here: VIDEO 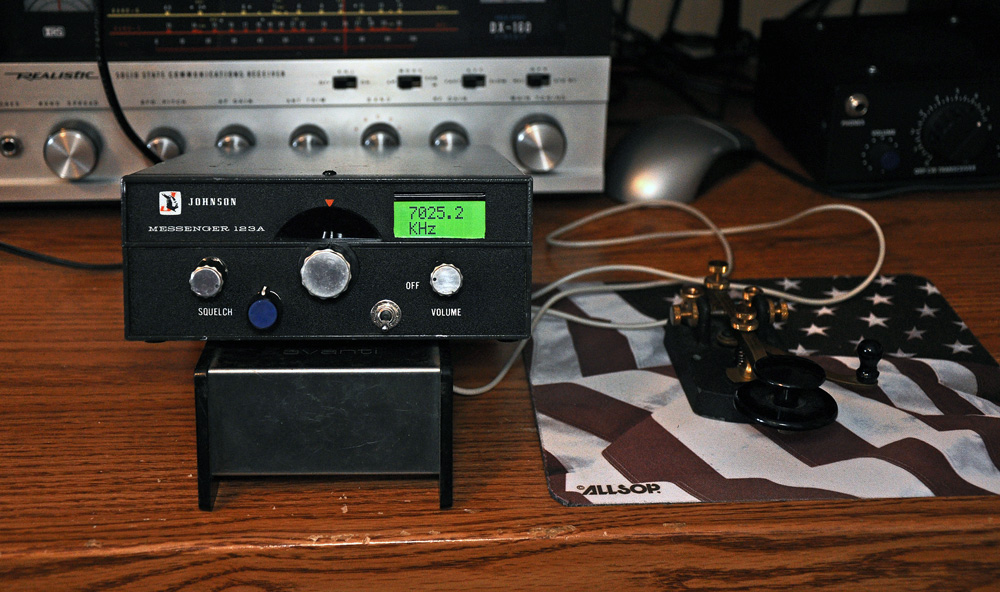 Completed One Month To the Day!